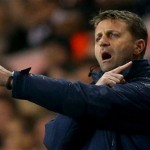 In his blunt-as-a-rubber-mallet post-match interview on Saturday, Tim Sherwood voiced something thatâ€™s been in the back of my mind for a while now – the fact that some of the players in the squad just donâ€™t care. Itâ€™s something that many of us donâ€™t really want to face up to, because thereâ€™s no easy fix. We can discuss various positions, … END_OF_DOCUMENT_TOKEN_TO_BE_REPLACED

Spurs Supporters – A sense of Pride 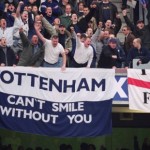 No not the ones that sing their lungs out from the stands at white hart lane every week… nor the ones that travel all over the country to sit in rain, hail, snow and freezing cold winds to Â cheer the lads on in away games… It goes without saying that they are the heartbeat of the club and they deserve … END_OF_DOCUMENT_TOKEN_TO_BE_REPLACED 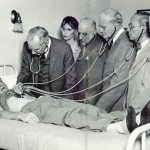 Reports are coming in that the manager virus HRAVB1 from 2011/12/13 has mutated and is infecting Spurs fans around the globe. The newÂ TimboLimbo strain as its being called (HRAVB2)Â has apparently infected a large percentage of fans and an epidemic code red warning has been released by the WHO. The CDC has apparently traced the outbreak back and found the first … END_OF_DOCUMENT_TOKEN_TO_BE_REPLACED

AVB needs to learn to stop worrying and love our team 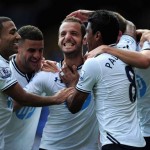 Eleven games into the season and the optimism that surrounded White Hart Lane this summer has soured. Despite only being five points off the top of the table, it has been a frustrating season for the new-look Spurs. “9 goals in 11 games” is the statistic every fan is sick of hearing, but it only tells part of the story. … END_OF_DOCUMENT_TOKEN_TO_BE_REPLACED

Spurs: All In for the Next Season

Â  Tottenham Hotspur and Their New Additions While the Gareth Bale rumours continue to fill the papersâ€™ headlines, the Spurs are busy finalizing off season transfer moves to boost the strength of the teamâ€™s roster. Over the years, the White Hart Lane has been graced with several competent players including Premier League legend Teddy Sheringham – , who is now … END_OF_DOCUMENT_TOKEN_TO_BE_REPLACED

Does the Premiership need goal-line technology?

The debate about goal-line technology in football has been rumbling for years now, and the events already in the Euros â€“ specifically the Ukraineâ€™s wrongly disallowed goal against England â€“ have ensured that it is set to remain high on the agenda. Already notorious FIFA President Sepp Blatter has stated on Twitter that such technology is now â€œa necessity.â€ However … END_OF_DOCUMENT_TOKEN_TO_BE_REPLACED

My dad had a friend who was a sports photographer for the Daily Mail. He attended “A LOT” of Spurs games during the late 70â€™s and early 80â€™s, including FA CUP FINALS, CHARITY SHIELDS, FA CUP ROUNDS, and EUROPEAN GAMES. I was given a stack of unused Press Association black and white prints from around 1978 through to the mid … END_OF_DOCUMENT_TOKEN_TO_BE_REPLACED

30 years ago, I was a Tottenham crazy teenager….. My dad, (was also Tottenham mad), had a friend who was a sports photographer for the Daily Mail. He attended “A LOT” of Spurs games during the late 70â€™s and early 80â€™s, including FA CUP FINALS, CHARITY SHIELDS, FA CUP ROUNDS, and EUROPEAN GAMES. As a sports photographer (remember this was … END_OF_DOCUMENT_TOKEN_TO_BE_REPLACED

I remember as the 70â€™s turned into the 80â€™s, and development of WHITE HART LANE was beginning. In November 1980, work started to demolish the OLD WEST STAND (to be replaced with the current structure), and as a result of this capacity was reduced, making it extremely difficult to obtain tickets (for all ticket games – as it was pay … END_OF_DOCUMENT_TOKEN_TO_BE_REPLACED