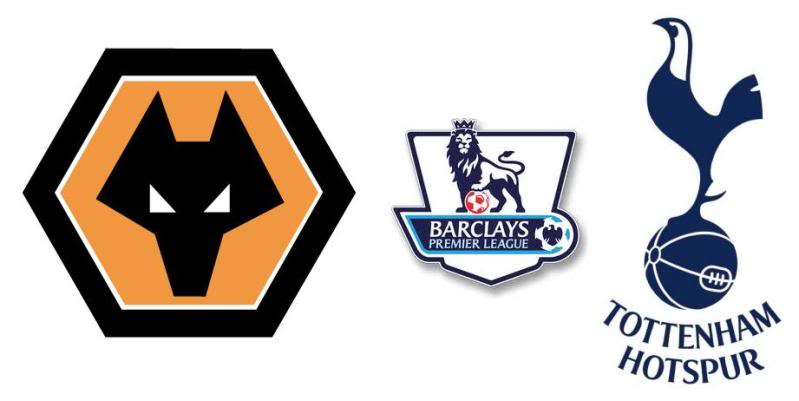 This will be the 95th time the two teams have met.

Sundayâ€™s match will pay tribute to the former Spurs & Wolves player Dean Richards, who sadly passed away on Saturday 26th February after an illness which cut short his professional football career.

The first meeting came on 1st September 1908 at White Hart Lane in what was Tottenham Hotspurâ€™s first ever Football League match in the old Second Division. Spurs got their League career off to a flying start with a 3-0 win over FA Cup holders Wolves, who were one of the 12 original members of the Football League.

Wolves won the return fixture in December 1-0 but Spurs still won promotion to the First Division at the first time of asking.

It would be another 12 years before the two teams met again and Spurs did the ‘doubleâ€™ over Wolves in the 1919-20 season with a 4-2 home win and a 3-1 away win. Those four points helped Spurs regain their Top Flight status as Second Division Champions after it had been taken away in contraversial circumstances.

The 1921 FA Cup Final at Stamford Bridge was contested between Wolves and Spurs and was won with a Jimmy Dimmock goal.

The clubs met eight times in the Second Division between 1928 and 1932 with Spurs winning 3 games, Wolves winning 4 and one match drawn.

The first meeting in the First Division came in August 1933 with Spurs beating Wolves 4-0. Wolves won the return fixture 1-0 and the following season Spurs won 3-1 at home and Wolves won at Molineux 6-2.

The clubs met twice during World War Two with Wolves winning both matches.

Spurs regained their Top Flight status in 1950-51 after finishing the previous season as Division Two Champions and became Division One Champions for the first time. The two games against Wolves that season resulted in home wins for both teams, Wolves winning 2-1 at Molineux and Spurs winning 2-1 at White Hart Lane.

Spurs and Wolves continued to meet in Division One up to the 1983-84 season and altogether 62 matches were played at that level with Spurs winning 30 games, Wolves winning 19 games and 13 games drawn.

A second meeting in the FA Cup came in January 1969 with Spurs winning the Fourth Round fixture 2-1 at the Lane.

The teams were paired together in the 1981 FA Cup Semi-Final with the first game at Hillsborough drawn 2-2 with Steve Archibald and Glenn Hoddle scoring for Spurs. The replay at Highbury was a comfortable 3-0 win for Spurs with goals from Garth Crooks (2) and Ricky Villa. Spurs went on to beat Manchester City in the Final.

The last meeting in the FA Cup came in the Fourth Round in 1996 with Wolves drawing 1-1 at White Hart Lane but losing the replay at Molineux 2-0 with Spurs goals coming from Ronnie Rosenthal and Teddy Sheringham.

The first all-English major European Cup Final came in 1972 between Spurs and Wolves in the UEFA Cup. Martin Chivers scored a brace at Molineux in a 2-1 win for Spurs and the return leg was drawn 1-1 at the Lane with Alan Mullery scoring.

Wolves won the first encounter in the Football League Cup in 1969 1-0 and the teams also contested the 1972 Semi Final with Spurs winning away 2-1 with goals from John Pratt and Martin Peters while the return leg was drawn 2-2 with Martin Chivers and Martin Peters scoring.

The teams met in the Premier League for the first time in December 2003 with Spurs winning 5-2 with goals from Robbie Keane (3), Fredi Kanoute and Stefan Dalmat. Spurs also won the away game 2-0 with goals from Keane and Jermain Defoe.

The Spurs home fixture this season was won 3-1 with a Rafael van der Vaart penalty and goals from Roman Pavlyuchenko and Alan Hutton. Wolves goal was scored by Steven Fletcher.

Overall, Spurs have won 45 games, Wolves have won 30 games and the remaining 19 matches played have been drawn.

They Played for Spurs & Wolves….