First a few interesting facts… with some loose similarities.

The Gold Rush began after James Wilson Marshall found two gold nuggets in the American River at Coloma near Sacramento,Â California in 1848. Sadly, Marshall never made a profit from his discovery, and as a result of his breakthrough, the sawmill he was partners in eventually closed when all the able-bodied men in the area abandoned everything to search for gold. Before long, arriving hordes of prospectors even forced him off his land. 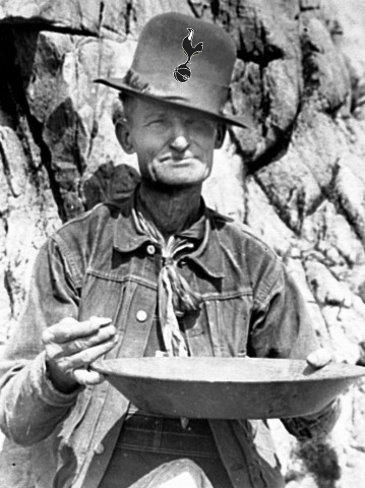 (A typical panner of the day)

People used their life savings and mortgaged their futures in order to come out west and have the opportunity to literally strike gold. These people became known as â€œ49ers” (as in 1949) Its where the American football team San Francisco â€œ49ersâ€ took their team name. Due to the original gold chasing 49ers, San Franciscoâ€™s population rose from around 200 people at the time of Marshallâ€™s discovery, to around 36,000 a couple of years later.

In March 1848, there were roughly 157,000 people in the California; 150,000 Native Americans, 6,500 of Spanish or Mexican descent known as Californios and fewer than 800 non-native Americans.Â By 1850 more than 25 percent of Californiaâ€™s population had been born outside the United States. As news of the discovery was slow to reach the east coast, many of the first migrants to arrive were from South America and Asia. By 1852, more than 25,000 migrants from China alone had arrived in America. Just 20 months later, following the massive influx of settlers, the non-native population had soared to more than 100,000. And the people just kept coming. By the mid 1850s there were more than 300,000 new arrivals.

Whatâ€™s this got to do with Spurs I hear you say? Well when you think about it we have been through a similar boom in recent years, a gold rush of sorts.

I suppose Mr Jol himself should be credited as being our very own James Wilson Marshal, finding those two 5th place nuggets & starting the whole thing off, assisted ably by his panners/players… after a brief blip 4th, 5th, 4th & 5th were added to the list of season finishes, as were 6 forays into Europe & even a flirt into the elite Champions League.

Couple this with the TV media behemoth growing to record proportions in the last decade (Over 5 billion Premier league viewers). The Â internet, the high speed broadband revolution & media streaming, technology that has taken access to the game & Spurs to every far flung corner of the globe. (To give an idea of time frame Youtube was launched in 2005).Â The timings of these events, for Tottenham Hotspur as a brand, are perfect… as planetary alignments go it doesnâ€™t get much better.

A massive growth in our fanbase, a huge influx of fans from accross the globe (Yay ) & a gold rush mentality (Boo).

Just to be clear, a huge influx of fans is brilliant, the more the merrier I say. At last count our fanbase stood at aproximately 200+ million outside of the UK and its still growing. Thats the major plus that has come from this rising star, up and coming VIP status we as a club have been enjoying for so long. However healthy it is to revel in this new found attention though its hard not to notice the disadvantages & challenges that come with it.

Lets go back to the example above for a brief minute. During the great gold rush… armedÂ robbery, shoot-outs, Â duels, murder, murder in broad daylight, public hangings by vigilante groups, frequent brawling, pilfering, insanity & suicide were rife, in fact they were almost everyday occurrences. As the chase for gold numbed senses & the dream ofÂ riches clouded judgement to the extreme as law abiding folk turned from farmers and carpenters into outlaws & murderers. This poster sums up the madness of that time. 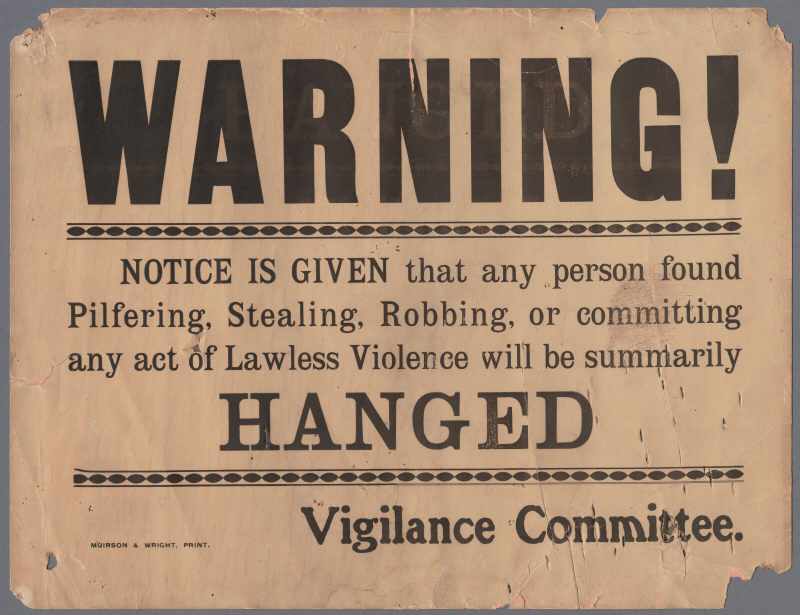 Yeah ok the example is a bit extreme its true but the similarities are clearly there (in my opinion). I can hold my own hand up & freely admit Iâ€™ve been a victim of clouded judgement and gold rush mentality. Its crept in, tickled my imagination and bullied my moods into submission with its promise of football riches. I know Iâ€™m not alone… Weâ€™ve been 4th place/champions league crazy for years now & each season expectation rises even higher, as does the level of anger & frustration when results donâ€™t match it or it doesntÂ Â ‘pan outâ€™ (see what I did there lol).

Fan v Fan, Fans v Players, Fans v Manager, Manager v Fans, Manager v Players, Fans v Owner, Owner v Manager… its all kicked off over the years & its continued to rage throughout Yiddom since those first nuggets of belief were found by dear old Mr Jol back in 06/07 & 07/08. Casualties from this lawless, senseless period of our history lie strewn across the forums main streets, younger posters are hussled back inside as the shutters close on all the windows to avoid the high noon style crossfire of the post slingers, ‘banâ€™dits & lawmods (Iâ€™ll get me coat), while the undertaker has a nervous breakdown over his back log & wood shortage.

So is there any way it will stop? This ‘4th rushâ€™ mentality, this Champions league chasing mass hysteria? Is there a way to bring back the calmer, more sensible days & avoid all the side effects of the higher expectation?. I cant see it to be honest, Â If the tales of the great gold rush are anything to go by its par for the course and wont go away any time soon unless… we finally get that gold, enough to satisfy our lustful demands (Regular Champions league?)… orÂ we give up digging, go back to our farms & ploughs, stop dreaming & become sensible, sane, well mannered & agreeable fans again (Mid table). The latter being ridiculous of course.

Or maybe you know a better way? Maybe you have developed your own way of keeping your expectations in check & not getting carried away? Maybe thereâ€™s a simple way thatâ€™s staring us in the face that weâ€™ve overlooked? Maybe you havenâ€™t been effected or you have an immunity to it? Or maybe you are one of the many who have struggled with the hope and vexation thatâ€™s come as a result of our new aspirations?

Sign up to the forum and add your comment & give your view. The registration process is simple and easy.

The worldâ€™s largest nugget, the “Welcome Stranger”, weighing in at 200 pounds, was found in 1869 by two men whose cart got stuck in a muddy road and had to remove a “large rock” (of solid gold!) that was in their way… Made me think of Gareth Bale straight away lol, the welcome welshman???

Very few miners ever found gold? Most of the money during that period of time was made by the business people who tapped into the “gold fever” craze. Products and supplies were sold at staggering rates, it is now known as how the miners got mined!… Made me think of ticket prices & merchandise?

Spursâ€™ Scoring Off The Pitch