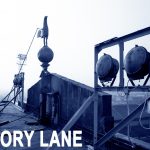 Memory Lane is a documentary about our dear White Hart Lane, a kind of hommage to all the ups and downs Spurs, both on the pitch and on the stands, lived through for many, many years since that greedy pub landlord let us in his backyard. And yes, this is a must see for every Spurs fan: an honest, pure … END_OF_DOCUMENT_TOKEN_TO_BE_REPLACED

Spursâ€™ Scoring Off The Pitch 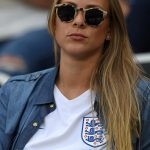 Itâ€™s summer time, the crickets are chirping, the asses are twerking, and with nothing of value going on on the pitch, weâ€™re here to celebrate Spursâ€™ scoring off the pitch. The players have some very hot, nice and/or intruiging WAGs to show off. For a player – a modern gladiator, a symbolic image of past warriors whose whole personal life … END_OF_DOCUMENT_TOKEN_TO_BE_REPLACED 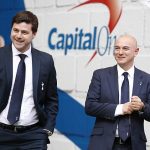 With the transfer window now open and Wanyama already signed for a bargain price, Pochettino and Levy need to keep their transfer tactics synchronised for the remaining less than two months â€“ high quality players (Pochâ€™s wish list) for a cheap price (Levyâ€™s soul). Hopefully, all the major moves will be made this month. Reportedly, Vincent Janssen is one step … END_OF_DOCUMENT_TOKEN_TO_BE_REPLACED

Positives And Negatives Ahead Of Wales Showdown 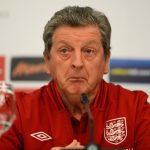 When talking ahead of the Euro 2016 kick off, Roy Hodgson said that his main fear was â€“ fear. Now, this may seem like an empty word, a diplomatic or better a tarot answer which really doesnâ€™t say anything, but I differ: football thatâ€™s played on the Island is the closest to being fearless: the attacking mentality teams use when … END_OF_DOCUMENT_TOKEN_TO_BE_REPLACED 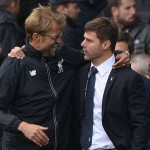 Tottenham`s Pochettino and Liverpool`s Jurgen Klopp,a comparison of their respective projects early beginnings. On the 27th May 2014 Maurico Pochettino was appointed Head coach of Tottenham Hotspur,with a lengthy 5 year contract tying him to the club.Spurs fans were in part underwhelmed by chairman Daniel Levy`s appointment having been linked to high profile and highly thought of Dutch manager Louis … END_OF_DOCUMENT_TOKEN_TO_BE_REPLACED

Building for the Future 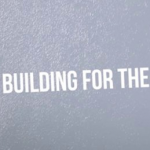 As the season starts to wind down, the Premier League title already named and the faintest mathematical chance of Tottenham qualifying for Champions League football, there is time to look forward to the coming summer transfer window and assess the current squad. There have been mixed emotions during the games, as always, towards the players output on the pitch, giving … END_OF_DOCUMENT_TOKEN_TO_BE_REPLACED

An interview with THST 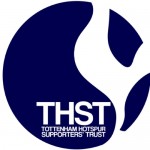 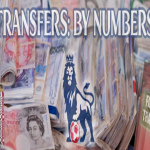 A quick case study into the transfer dealings within the Premier League since itâ€™s conception in 1992. It may come as no surprise which team comes in with the biggest investment in playing staff. Taken over in 2004 by the Russian businessman Roman Abramovich, Chelsea have spent an incredible Â£1,060.949.000 in the transfer market. Even after selling Â£415,275.000 worth of … END_OF_DOCUMENT_TOKEN_TO_BE_REPLACED 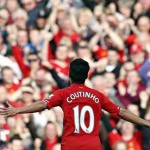 Former Hotspurs Manager Cites Shameful Conduct at Anfield Tunnel! On Sunday, 30 March 2014 Tottenham Hotspur went head-to-head against Liverpool at Anfield. The result was an ominous sign for teams looking to displace Liverpool from their perch at the top of the Premier League table. The 4 – 0 thrashing was not what Tottenham Hotspur fans expected, but Liverpool dished … END_OF_DOCUMENT_TOKEN_TO_BE_REPLACED 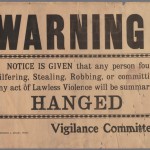 First a few interesting facts… with some loose similarities. The Gold Rush began after James Wilson Marshall found two gold nuggets in the American River at Coloma near Sacramento,Â California in 1848. Sadly, Marshall never made a profit from his discovery, and as a result of his breakthrough, the sawmill he was partners in eventually closed when all the able-bodied men … END_OF_DOCUMENT_TOKEN_TO_BE_REPLACED